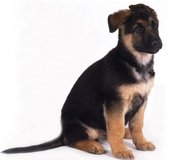 It is of the utmost importance to educate the public and provide reputable information in regards to responsible breeding practices that provide the world with healthy, sound dogs capable of the work for which they were originally intended to do.

This breeder directory serves as a reference for potential dog owners, where breeders have been subject to the minimum criteria outlined below. While your own research on breeders is of vital importance, this list should provide an excellent starting point.
Minimum criteria for breeders within this directory:


There are rare exceptions to those standards, especially to seasoned breeding programs where the proof of quality is in the numerous progeny produced from that kennel. It is highly recommended that one researches a kennel, breeder, and specific dogs prior to selecting a breeder. The minimum criteria is an excellent starting point when learning how to select a reputable breeder that will produce quality puppies and dogs.

I am always looking to add reputable, responsible breeders to the directory!

Any breeders interested in being added to this directory, please contact me with sufficient proof of how your breeding program meets the set minimum criteria. If you are not a breeder but have suggestions for breeders, please also contact me.